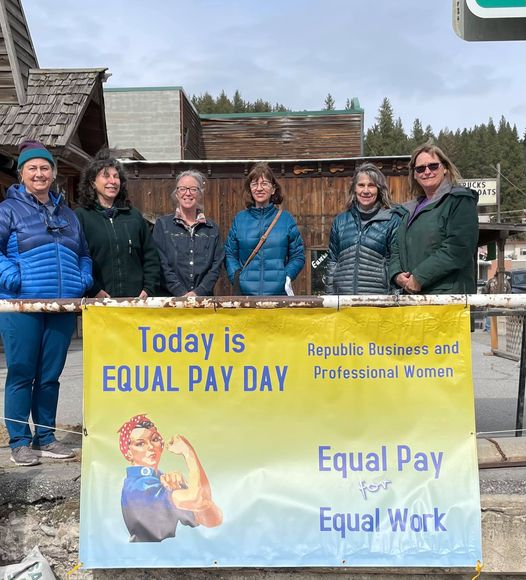 The symbolic day was first observed in 1996 by the National Committee on Pay Equity, a coalition of women’s and civil rights organizations, labor unions, professional associations and individuals working to eliminate sex and race based wage discrimination and to achieve pay equity. Republic BPW members (right) making their community aware of Equal Pay Day.

Equal pay day differs year by year. In 2021, it was March 24. On average, women earn $0.82 for every dollar men earned in 2019. Read President Biden’s Proclamation on National Equal Pay Day.

The Gender Pay Gap, although the gap is shrinking greatly as evidenced by EEOC data is defined as the average difference between men’s and women’s aggregate hourly earnings. The wage gap is due to a variety of causes, such as differences in education choices, differences in preferred job and industry, differences in the types of positions held by men and women, differences in the type of jobs men typically go into as opposed to women (especially highly paid high risk jobs), differences in amount of work experience, difference in length of the work week, and breaks in employment. These factors resolve 60% to 75% of the pay gap, depending on the source. Various explanations for the remaining 25% to 40% have been suggested, including women’s lower willingness and ability to negotiate salaries and discrimination. 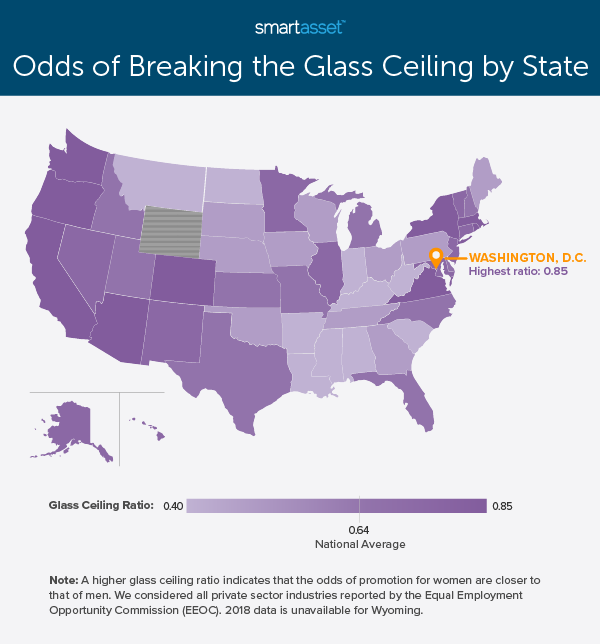 A glass ceiling is a metaphor used to represent an invisible barrier that prevents a given demographic (typically applied to women) from rising beyond a certain level in a hierarchy. The metaphor was first coined by feminists in reference to barriers in the careers of high-achieving women. In the US, the concept is sometimes extended to refer to obstacles hindering the advancement of minority women, as well as minority men.

“A glass ceiling” represents a barrier that prohibits women from advancing toward the top of a hierarchical corporation. Those women are prevented from receiving promotion, especially to the executive rankings, within their corporation. In the last twenty years, the women who have become more involved and pertinent in industries and organizations have rarely been in the executive ranks. Women in most corporations encompass below five percent of board of directors and corporate officer positions. However, the glass ceiling is slowly being shattered.